The Tennis Serve - How To Be An Ace Server 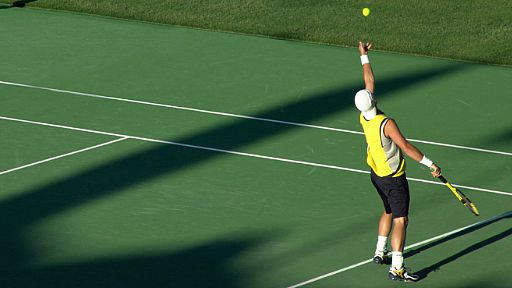 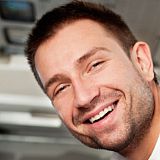 Yes, the tennis ball shooting from the racket of the fiery Andre Agassi in the 90's is like a bullet from a gun; a straight ace, the opponent can't come any close. Ace or no ace, if you are just beginning to play the game of tennis, service is a very important part of your game. In the beginning, the service was considered to be a mere initiation of the game, to begin a rally and send the ball across the court without any fault. People served that way for ages till the concept of "power" was introduced to tennis and the service became a point winner.

Today 130 miles per hour serves rip through the court gives the player's points for an ace shot. For the service to win a point, it should be speedy, accurate and reliable. It involves not just muscle power but also brains anticipating your opponent's movement and fooling him or her in their own game.

A tall person will serve better than a short person. Thus Ivanesevic was a better ace server than Andre Agassi. But it is not just the ace. Let the opponent touch your serve but make it difficult for him to return it. Even if he or she can return it, place your serve such that you can predict well in advance the only way the opponent can return it and where would the ball fall. This is where the magic of a perfect serve lies. A tall person has the advantage of height, angle and can overcome wind factor to eliminate any resulting twist in the ball and can land the ball flat and low enough for the receiver to return it easily and well.

Upsetting the return of your opponent is the second advantage of a perfect serve. Hit the serve from the highest position that is comfortable for the server and keep the speed varied. Do not outstretch yourself or do not try to hit it too hard to gain momentum; you do not want a fault but an ace or a serve that falls within the service court.

A slice service can be hit from as high as possible and the server should ideally stand at a forty-five degree angle with the baseline. Throw your weight backwards and while you throw the ball in to the air and then bring it forward as you hit the ball with your racket. Unless you learn how to shift weight, you will have serious chances of injuring your back. It is the angle with which your racquet hits the ball will spin the ball as it hits the court. Remember that the wrist should be flexible while serving.

While serving keep a note on whether you are footfaulting. Although there are lot controversies regarding footfaults, it is safe to say that before you have served the ball if your feet cross the court line it is a fault.

Service is the most important part of playing tennis. A good serve kick starts the game. Learn the tricks of serving to play better tennis and enjoy your game.

There hasn't been any users whom have commented on this entry yet.
Be the first one!